A new cross-border working group of agencies, local authorities and other key parties has come together to frame the first five-year integrated plan to cut pollution in the River Wye. 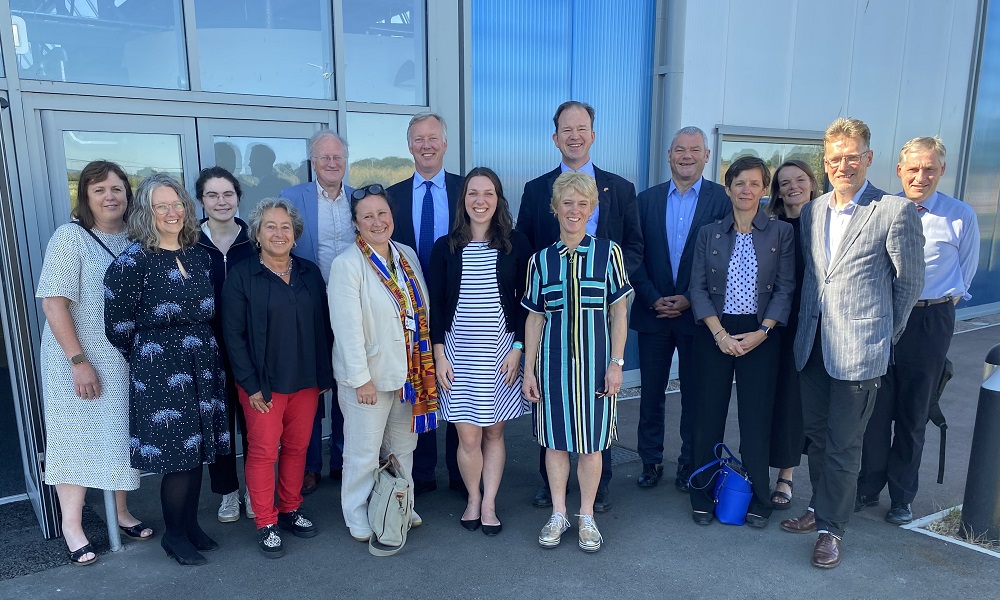 The group is the initiative of local MP Jesse Norman, who convened a meeting of the key players last Thursday in the Shell Store at the Skylon Park Enterprise Zone.

Fay Jones MP was unable to attend, but was represented at the conference

“Some very good work has been done to cut pollution in the Wye over the years, but I think this is the first time the agencies and local authorities across the border have all come together at a senior level with Welsh Water, in order to manage the problem in an integrated way.

“It is very early days in this initiative, but there were a lot of ideas under discussion at the conference, a real sense of urgency and a desire to work together.

“The key now is for the group to pull together a properly integrated five-year plan that builds on, extends and accelerates existing work. I have made clear that once this is in place I will press the case at the highest levels of government for greater funding and support from the centre, on both the English and Welsh sides.

“This is a long-term problem, but the response needs to be as rapid and effective as we can all collectively make it.

“It starts with the agencies and with local and national governments, but it needs to embrace and support the amazing work of our citizen volunteers up and down the river if we are going to make the maximum impact.”