The Rt Hon Jesse Norman has been the Member of Parliament for Hereford and South Herefordshire since 2010. He has been married to Kate since 1992, and they have three children.

Jesse was educated at Merton College, Oxford University, and has a Masters and PhD from University College London. He worked for and later ran an educational project giving away medical and other textbooks in Eastern Europe from 1988-1991. In 1991 he went to work at Barclays, mainly on eastern Europe and other emerging markets. He left Barclays in 1997 as a Director in order to teach and do research in philosophy at UCL, and later at Birkbeck College. He was an Honorary Fellow at UCL in 2005-10, and a Visiting Fellow at All Soul's College, Oxford in 2016-17.

A lifelong volunteer, Jesse has personally raised more than half a million pounds for charity. He has also been a school governor of an inner city comprehensive and  worked for nearly a decade with the Roundhouse arts centre and urban regeneration project, which has helped many thousands of disadvantaged young people. He has been a board member of the Hay Festival of Literature and the Arts, and patron of many other local charities.

Jesse has been a Conservative since university. He worked to help Oliver Letwin MP retain his seat in West Dorset during the 2005 General Election, and stood as a Conservative candidate in the 2006 Council elections. He has acted as a policy adviser to George Osborne MP, the Shadow Chancellor, and to the Shadow Work and Pensions team. In 2007, he took time out to advise Boris Johnson on his successful campaign to become Mayor of London. 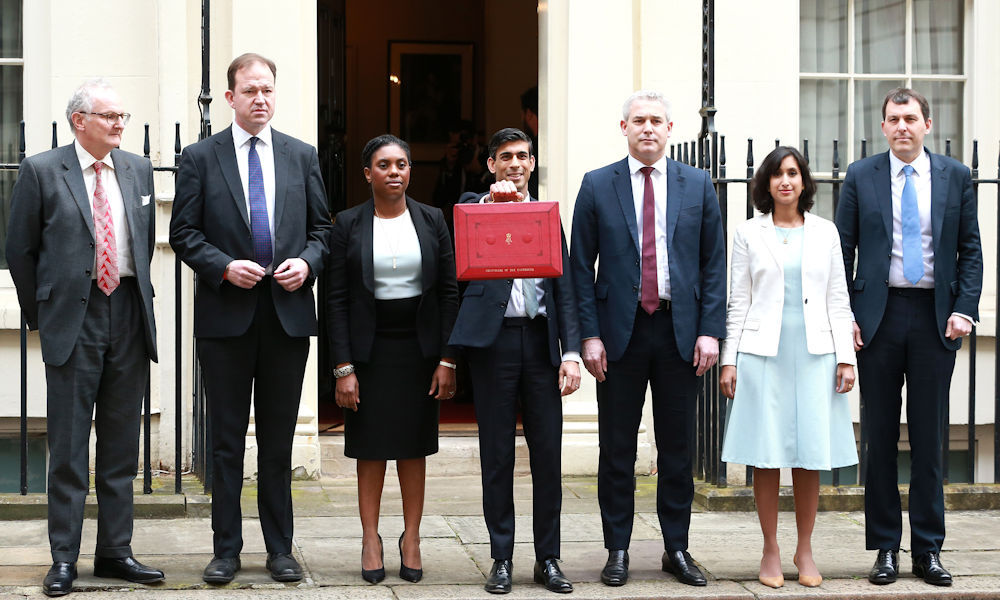 Jesse Norman with Chancellor Rishi Sunak and members of the Treasury team on Budget Day 2020.

Jesse was selected as a parliamentary candidate in December 2006 in an open primary contest. Since then he has campaigned actively on key local issues, fighting to improve public services and for a stronger voice for Herefordshire in Whitehall and Westminster. His campaigns are regularly featured in the Hereford Times, Hereford Journal and Ross Gazette.

Amongst other things, he led a successful campaign to improve local broadband services, was county-wide co-ordinator of the Herefordshire Save Our Post Offices campaign, and set up SchoolsFirst.org.uk as a resource to help all those fighting school closures. He was closely involved in securing Government investment in the Enterprise Zone at Rotherwas, and more recently the successful bid by Hereford for Stronger Towns Fund.

Jesse first called for a university in Herefordshire in 2008.  He convened the founder team, and has been closely involved with the project ever since, playing an integral role in raising over £23 million in Government and other investment in NMITE, the New Model in Technology and Engineering, as the new university is called.

“Jesse Norman has worked tirelessly to support the NHS, particularly to ensure that essential acute hospital services remain available to residents of the County.”

Jesse is a published author of many books and pamphlets, and has written widely in the national press. His book on the life and thought of the great Irish philosopher-statesman Edmund Burke was shortlisted for the Orwell Prize and the Political Book Awards.  His book on Adam Smith won the Parliamentary Book Award for non-fiction in 2018.

He has also written for The Times, Sunday Times, Financial Times, Guardian and Spectator, and has appeared on TV on BBC 1, BBC News 24 and Sky News; and on radio on Start The Week, Any Questions?, The Westminster Hour and Analysis. He has also been the subject of profiles in Varsity, BBC Online, Herefordshire Life and GQ.

“Jesse Norman has worked tirelessly to support the NHS, particularly to ensure that essential acute hospital services remain available to residents of the County. He has helped to get a better deal on the Private Finance Initiative for Wye Valley NHS Trust and potentially for the wider NHS. His commitment to health services being available to all, free at the point of service and properly funded is unswerving.”
Derek Smith, former Chief Executive, Wye Valley NHS Trust

“Jesse Norman has evidenced his passion for Herefordshire and he has been very involved in issues which have mattered to me, in particular health and the NHS and education. He has been an excellent MP for Hereford and South Herefordshire.

“I have thought hard and carefully about the election and I believe that Jesse has also shown that he has an independent streak and will not be told what to do. I fully support his decision to stand as a candidate and I wish him every success.”
Joyce Thomas MBE, former mayor of Ross-on-Wye

By Andrew Gimson in ConservativeHome

Politics is “a noble calling”, and so is conservatism. Few politicians are much good at explaining why they believe what they believe, but Jesse Norman delights in making boldly unfashionable declarations of this kind, and producing the arguments to back them up.

By Sarah Sands of the Evening Standard

The former government adviser Jesse Norman is perplexed by his sacking last week after abstaining over the vote on intervention in Syria. “I seem to have acquired this reputation as the Che Guevara of the Conservative Party,” he says gloomily.